We have bought a new house and settled down in Washington state. I'm trying to get back into production. Updating this webpage... well, I'm making progress, but there may be things that aren't fully current for awhile yet.

The audiobook of Touched by the Gods is now available on Audible, and should be on iTunes and Amazon soon. 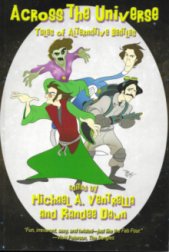 My most recent short story is "Paul is Dead" in the anthology Across the Universe, published by Fantastic Books in December 2019.

In 2018 Warner Brothers optioned a feature film version of "Why I Left Harry's All-Night Hamburgers,"

adapted by Steven Desmond and Michael Sherman. See these stories in the Hollywood Reporter or the Tracking Board for more details. The option is still paid up and in effect, but beyond that I can't tell you anything.

For the first time, Misenchanted Press has published non-fiction -- my sister's obsessively-researched, lavishly-illustrated history of social dance in Lowell, Massachusetts. She's put together a website about it, and of course you can order it from Amazon 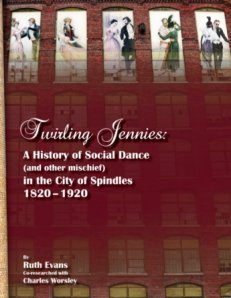 I occasionally send out e-mail notices called the Misenchanted Newsletter, updating the latest news on my publications. I've promised these will appear no more than once a week unless there are urgent corrections needed; it usually seems to run about once a month. To subscribe, e-mail me. (I used to have a form you could use, but so many spammers were hitting it I gave up.)

In addition to the fairly concise reporting of writing news in the regular edition, I also now offer an occasional "chatty version," with more personal commentary, that you can also subscribe to. The chatty version comes out much less often.

If you decide you don't like either one, you can always unsubscribe; I have no interest in antagonizing readers by sending them things they don't want.

If you've signed up for the newsletter and haven't received it, please e-mail me and let me know! Issue #146 went out August 19th.