The Wizard and the War Machine is the sequel to The Cyborg and the Sorcerers. It was first published by Del Rey Books September 1987, ISBN 0-345-33459-0, with cover art by Darrell K. Sweet.

At the end of The Cyborg and the Sorcerers, Sam Turner was making a life for himself on the planet Dest. He thought he had left the long-lost interstellar war between Earth and its rebellious colonies behind him forever.

"Forever" turned out to be eleven years. That was how long it took for another Independent Reconaissance Unit to respond to the distress call his ship had sent before it was destroyed.

And this one made his own berserk killer computer look sane.

In those quaint days of the early 1980s, when I wasn't online yet, I wrote a lot of letters. I got fan mail sometimes -- actual streetmail letters, with envelopes and stamps -- and I answered pretty much all of it. Some fans would then respond to my reply, and I sometimes found myself carrying on pretty extensive correspondence with them.

One of those fans was a woman in Tennessee who thought The Cyborg and the Sorcerers was the best thing I'd written, and that I ought to write a sequel.

I had no intention of writing a sequel. I thought the story was over; in fact, in the first version of The Cyborg and the Sorcerers that I'd submitted to my editor, Judy-Lynn del Rey, I'd left it ambiguous whether or not my hero even survived. Judy-Lynn made me change that; she called it a "reader cheater." Thanks to her, it would be possible to write a sequel, but I still had no plans to do so.

I'd plotted a couple of other stories in the same universe, actually, which I still haven't written all these many years later, but no direct sequel.

My fan in Tennessee wasn't having that, though. She wanted a sequel, dammit!

So I told her, "Look, the book didn't actually do that well. Sales don't justify a sequel." Which was debateable, actually, but mostly I was just trying to get her to drop the idea.

"How well would it need to sell to justify a sequel?" she asked.

"If it earns ten grand in royalties," I said, "I'll see if Del Rey wants me to write a sequel." I thought that was safe; at the time nothing I'd written had earned that much.

I like to think I'm a man of my word, so I conceded defeat. I sat down, worked out a reasonable plot -- that distress call Slant had sent out in the first book was an obvious hook to hang one on -- and sent Judy-Lynn del Rey a proposal for a sequel. I gave it a modified version of an alternate title for the first book; Judy-Lynn and I had argued a lot about the title, and only after it went to press did we agree that The Wizards and the War Machine would have been a better title. I dropped the plural, and put that title on the sequel.

I half-expected, and half-hoped, that she'd turn the proposal down.

She didn't. She sent me a contract.

And then she had a stroke, went into a coma, and never woke up. She died in February 1986, after being unconscious for months.

Meanwhile, I was busy writing The Wizard and the War Machine, and also relocating (my wife had been transferred from Kentucky to Maryland) and parenting (our second child was born in June 1986). It never occurred to me to talk to anyone at Del Rey.

I delivered the novel to my new editor in the summer of 1986. Her reaction was, "What the hell is this?" There was no record anywhere in the editorial offices that I was writing a sequel to The Cyborg and the Sorcerers. When they checked the contracts office, sure enough, there were the signed contracts, but no one in editorial knew anything about it. Apparently Judy-Lynn hadn't yet made any mention of it when she had her stroke.

But the contracts were in order, so she read the manuscript, and sent me the single most useless revision letter I've ever encountered. It more or less came down to, "This doesn't work. I don't know what's wrong with it, but it doesn't work. Fix it."

So I rewrote the entire thing, very quickly, and delivered it again, and this time she was ready and waiting, and from there on everything went smoothly. Not necessarily well, as I consider this one of the worst covers I've ever had, but smoothly.

And I was fired up with the whole idea of making this into a series. I proposed a third one, The Exile and the Empire.

Then the early sales figures for The Wizard and the War Machine came in. It sold roughly half as well as the first one. That was still respectable, but not good, so Del Rey didn't want a third one, for fear it would only sell half what the second one did.

So there are still only the two. 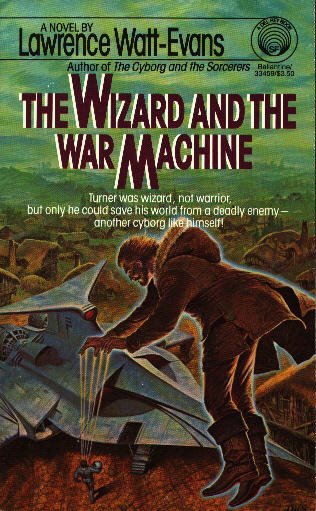 Wildside cover
(This is an omnibus edition with the first novel, The Cyborg and the Sorcerers.) 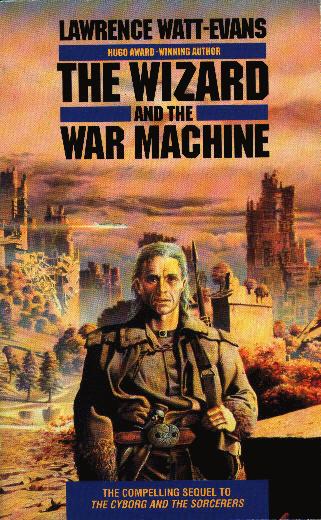 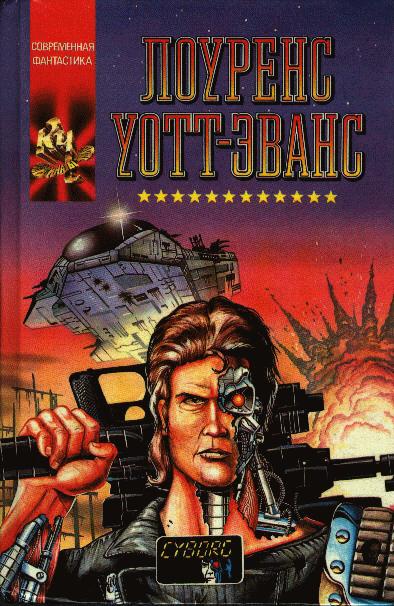 Russian cover
(This is also an omnibus edition with the first novel, The Cyborg and the Sorcerers.)

About The Wizard and the War Machine: