These weren't necessarily new when I posted about them -- just something I had read recently and liked a lot. And for whatever it's worth, here those posts are, pretty much unedited (which can be amusing in some cases, such as the Harry Potter piece below):

The Fifth Elephant, by Terry Pratchett 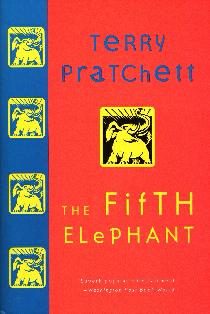 As I mentioned regarding Carpe Jugulum, I've been a fan of Terry Pratchett's Discworld for years. Here's another one.

The Discworld series is humorous fantasy, set on a world where not only does magic work, but just about all the usual fantasy tropes are present, plentiful, and suitable for mockery. The Discworld is indeed a flat disc, supported on the backs of four gigantic elephants, who in turn stand atop a truly colossal turtle.

There was supposed to be a fifth elephant, but he crashed onto the Disc, and his remains became the base of a mountain range, which is where the land of Uberwald now stands. Uberwald is home to most of the Discworld's vampires, werewolves, and dwarfs.

Yes, this is another Uberwald story, like Carpe Jugulum. This time, though, it's not the witches of Lancre getting involved with the darker creatures, but the Ankh-Morpork city guard, specifically Commander Samuel Vimes.

And if you have werewolves and the Guard, of course Angua appears. Dwarfs and the Guard mean Captain Carrot. Lots of old favorites here.

It's a very solid, highly-entertaining entry in the series. Not one of the all-time greats, but a good one. If you're already a Discworld fan, that's all you need to know.

And if you're not a Discworld fan, as I said last time, you should be, but once again, this isn't the ideal book to start with. You really ought to get to know Vimes before reading this one.

I'd recommend starting much earlier in the series. Maybe with Guards! Guards!, which I'm pretty sure is where Vimes first appeared.

And as before, if you have doubts about reading anything so silly, the Discworld novels are far more than silly.

If you have doubts about reading anything so British, well... you might not care for any of my recommendations. See below.

I still think the Discworld books are probably the best fantasy series being written today.

You can buy a copy directly from Amazon

or Barnes & Noble or the Book Depository by clicking the name.

And the other three books I want to recommend are... 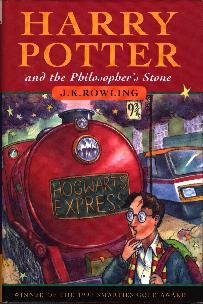 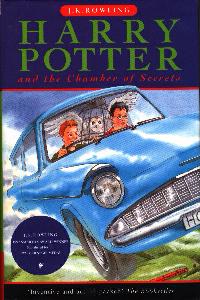 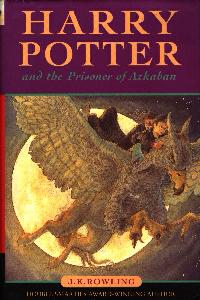 Yes, I've been seduced by the Harry Potter side of the force. I'm sure you've all heard it before by now, but it's true -- these are good books.

You'll notice I've indulged my mild streak of Anglophilia by buying the British editions. I grew up reading British books, and wanted the Real Thing, not the Americanized versions -- in particular because of the idiocy of changing "Philosopher's Stone" to "Sorcerer's Stone" on the imbecilic premise that Americans are too pig-ignorant to have heard of the Philosopher's Stone and too bone-lazy and dirt-stupid to figure it out for themselves. I really resent publishers who think their readers are morons -- all the more when those publishers are aiming their books at children, who know perfectly well when they're being condescended to, and who generally don't like it.

I suppose the craze for the "Goosebumps" series, or some of the other twaddle kids have bought over the years, encouraged the publishers in this delusion. I suppose that you, Dear Reader, may have even been taken in in a way, and assumed that any books suitable for the same kids who read "Goosebumps" must not be worth your time.

If so, you're just as wrong as the publishers. The Harry Potter stories are intelligently plotted, well-written, and full of scads of clever references and in-jokes, not to mention three-dimensional and believable characters.

They do have a formula -- each one starts and ends during summer vacation, and covers one year of Harry's education. In each one there's a mystery involving Harry's curious past that threatens his future. In each there's at least one important Quidditch match in which Harry participates. Certain characters return each year -- but others do not, and each book builds upon what's gone before. It's not a restrictive formula, but one that's comfortable, one that lets the reader settle in and feel at home.

Each book has fantasy, adventure, mystery... solid entertainment, through and through.

As I mentioned, I grew up reading British books -- three of my grandparents were British immigrants, so my parents inherited a fondness for British children's books and passed it on to me. I grew up with things like the Chatterbox annuals. Chatterbox was a British magazine that assumed every family would have several kids, of assorted ages and both sexes and varied interests, and that a proper children's magazine ought to appeal to all of them; each year the printing plates were shipped to Boston, and the American annuals came out just in time for Christmas, reprinting the entire year of the magazine in a single volume.

A typical volume would have several complete serials -- 1925, for example, included "Bushranger's Gold," about English schoolboys who wind up in the Australian Outback; "The Wooden Heads," an indescribable horror-comedy about supernatural creatures attempting to destroy London; "Dragons At Home," in which four kids visit the time of the dinosaurs; and assorted other stories, poems, and features. There was no attempt to stick to a single genre or target a specific age.

I thought that sort of approach had completely died out -- until I first opened Harry Potter and the Philosopher's Stone and began reading.

What Rowling's done is to take that old tradition, of fiction that really does have something for all ages, both sexes, and assorted tastes, and revive it for the present day.

And I, for one, am delighted to see it and can't recommend these books highly enough. If you've been resisting them as overhyped, or if you thought they were just for kids, or a fad rather than anything worthwhile, rest assured, there's good solid all-ages, any-era entertainment beneath the hype.

You can buy the U.S. editions from Amazon

If you want the British originals, you can buy them from Amazon UK by clicking here.