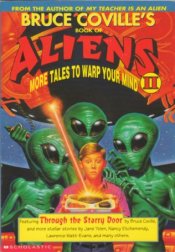 [If the following seems familiar, that may be because much of it is cut-and-pasted from "George Pinkerton and the Bedtime Ghost." There's new, specific material eventually, further down.]

That was George Pinkerton, the small-town librarian from Springfield, Indiana who stumbled into a career as a monster expert.

"George Pinkerton and the Space Waffles" was one of the earliest, and I think best, in the series. I'm pretty sure it came about because my son wanted George P. to go up against aliens.

Someday I hope to assemble an entire volume of Pinkerton stories, but it hasn't happened yet, so "George Pinkerton and the Space Waffles" has never been reprinted.