Who is Nathan Archer, and why does he exist?

I started publishing novels under the name Lawrence Watt-Evans in the 1980s, and initially wrote about half fantasy, half science fiction, or at least tried to -- of my first twelve novels, six were fantasy and six were SF.

But the fantasy sold better, often much better, and in the 1990s the big bookstore chains started doing something called "ordering to the net," where they would order as many copies of a new book as they had sold of the last book from that author, regardless of such details as genre, publisher enthusiasm, etc. Which meant that when I wrote a fantasy novel after an SF novel, they would order as many copies of my fantasy novel as they had sold of my SF novel. And the SF didn't sell anywhere near as well as the fantasy.

This hurt my sales significantly. I had to either give up writing SF, or find a way around the problem.

The way around was easy -- use a different name for each genre. So I invented Nathan Archer as the name for my science fiction, and set out to launch "his" career by writing a couple of tie-ins, to get the name out there.

But then I didn't have the time or inclination to write as much science fiction any more, for various reasons, so (at least so far) Nathan has only written tie-in material (and a couple of short stories). This was not the plan, but it's how it worked out.

As for where the name "Nathan Archer" came from, it has no significance beyond me liking the sound of it and wanting a name that would alphabetize between Piers Anthony and Isaac Asimov. I originally intended to use Nathan Arbuckle, but my agent didn't think it sounded serious enough.

For the first several years after I created Nathan I tried to keep his identity secret, so he had his own website, did interviews that didn't mention any other name, and so on, but early in the 21st century I gave up on that. It wasn't working, in any case; my publishers had let it leak. 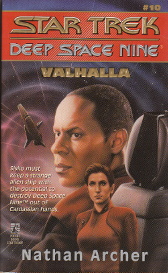 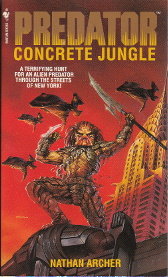