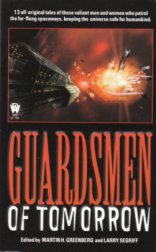 Around 1989 I became one of the writers for a Marvel comic book series called Open Space, set in a universe created by series editor Kurt Busiek. (This was pretty much the start of our friendship.) I wrote a few stories before the series was cancelled; three of them were published, two during the original run and one much later as a special issue. (This last happened entirely because the artist, Alex Ross, got hot.)

But I'd written two more, including a full-length graphic novel (which isn't relevant here).

The other one, a short called "A Breath of Fresh Air," is the relevant one. It describes a minor incident in the life of my character Camille Brody. I liked it. After Open Space was cancelled and I got the rights back I wanted to find a home for it, so I re-wrote it, stripping out every trace of the Open Space universe and replacing Camille Brody with a new character, Amelia Hand. That version was published in Dark Horse Presents.

I really liked Amelia Hand, and began plotting more stories about her. Two of those are novels I haven't finished yet, Earthright and Technoplague. Working on those resulted in the development of an entire background universe very different from anything in Open Space, incorporating a lot of ideas I'd accumulated over the years, some of them dating back to high school.

And then Marty Greenberg invited me to write for a planned anthology about... well, the Galactic Patrol, basically.

I didn't have any space patrol stories in the works, but I wrote an Amelia Hand story, which was apparently close enough, because Marty bought it. I don't remember what my working title was, if I even had one, because when my wife read it she promptly named it "That Doggone Vnorpt," which was obviously the perfect title.

And there it is. Guardsmen of Tomorrow was published by DAW in November 2000. The story hasn't been reprinted anywhere.

Oh, yeah -- why is it bylined Nathan Archer? Because when I wrote it, I intended to use that name for all my science fiction novels, and I wanted it to have the same author as Earthright.