Every so often I get letters -- either streetmail or e-mail -- from readers who have questions they want me to answer.

The most common question is not "Where do you get your ideas?" That's traditionally supposed to be what people ask SF and fantasy writers, and I've been asked it fairly often, but the number one question is, "How can I get published?" Usually followed by requests for more details and the name of my agent.

I have therefore split that entire subject off into a separate "Getting Published" FAQ, and then split an Agents FAQ off that. This page is only about the actual writing, not selling.

And I have a great deal more to say about writing and selling and so on in the various Writing Advice articles I've posted.

That said, here are some questions that I've gotten over the years, and my answers:

Where do you get your ideas?

I've written an entire article to answer that one. It's entitled "Where Do You Get Your Ideas?" (duh), and you can see it by clicking on the title.

How long does it take you to turn a basic idea into a story?

It's very hard to say how long it usually takes me. I'm not consistent about it. Also, I sometimes take two or more ideas and combine them in a single story. I can say that it usually takes a long time, but getting any more exact than that is difficult.

The Cyborg and the Sorcerers started out as a vague idea in 1975; I wrote a bad first draft in 1976; the published version was written in 1980 and 1981. The Lure of the Basilisk started out as an idea for a novelet in January, 1975, and the novel version was finished in April, 1978. The spell for Wirikidor came to me in a dream in 1977 (or maybe 1978), but I didn't write The Misenchanted Sword until 1984. Relics of War, published in 2014, came from an outline I first submitted to Del Rey in 1984. Others have been faster or slower; I've got one outline with the working title No Bridges on the Rhine that I began in 1969 and haven't yet finished.

What generally happens is that I'll come up with what seems like a brilliant idea, I'll write it down, try to make a story out of it, and after a couple of weeks of kicking it around and getting nowhere I'll figuratively stick it in a drawer (usually, these days, it's somewhere on my hard drive) and forget about it. Then, a year or two or three later, I'll dig it out (usually, but not always, by accident) and look at it. If I don't see how I can use it, it goes back in the drawer, but sometimes it'll catch fire, and before I know it I have a story outline.

Or at least part of one. Sometimes it develops partway and then stalls again and goes back in the drawer. Sometimes it becomes a complete novel and gets published.

Do you develop the setting before or after the plot?

Both. I'll devise the basics of the setting first, usually--for example, I invented overmen and knew they lived in the Northern Waste before I had any of the plot for The Lure of the Basilisk worked out. But I'll add details as I go along, right up to the final draft of a novel.

Just how much I come up with in advance varies. The world of Ethshar I had worked out in elaborate detail before I had a story set there; the planet Dest I knew almost as little about as Slant did when he and I arrived there at the start of

The Cyborg and the Sorcerers.
How extensive must the details of the setting be?

Oh, not very, really. For me, working out details is fun, but it's not really essential. What you really need to make a character's world seem real is not to have all the details worked out in advance (though that can sure help), but to be able to keep it consistent and plausible as the story develops, to always remember that it's not just a stage set that the characters are moving around on, but a real world, with all the things a real world has--dirt, and blue sky, and money, and food both good and bad, and businesses, and history, and beliefs, and sex, and color, and sore feet, and stupid accidents, and good luck, and bad luck, and blood, and runny noses, and fashions, and people who try to make things work a little better, and other people out for a quick profit, and everything else that makes up a real society.

Sometimes I work out all this stuff in advance; other times I make it up as I go along, but take notes so as to be consistent. And if there's to be any travelling, usually I draw a map. (Not always. The only map of the Lands of Man is in my head, not on paper or a computer.)

Whichever way I work, though, I try to stop whenever a new character appears, or a new place, and try to think what he or she or it would look like, sound like, smell like, where he or she came from, why he or she is there, what happened there before, and why this is in the story at all. "Because I need it for the plot" is

never a good enough reason.
Will you read my story and tell me what I'm doing wrong?

No. Ideas are cheap. I have far more than I can use; there are literally hundreds in my files that I haven't used yet.

I have this nifty idea -- has it ever been used before?

Yes. Pretty much every idea you can imagine has been used, and probably at least a decade earlier than you'd have thought possible. (The first story describing something like the Internet was published in 1909.)

Fortunately, that doesn't matter. It's not the originality of the idea that counts, it's how well you tell the story.

How long does it take to write a book?

Who knows? Cyril Kornbluth once wrote a novel over a long weekend; Ralph Ellison took thirty years to write Juneteenth. I've written a novel in eight weeks, and I've also taken two and a half years to write one. It takes as long as it takes.

Will you please read my story and tell me what I'm doing wrong?

I told you, no. I don't have time. Besides, why do you want a writer to look at it? Shouldn't you be harassing editors, instead?

How long should my novel be?

Sometimes publishers will have limits -- not under 70,000, not over 150,000, whatever. Don't worry about those. Write the story the length it needs to be, 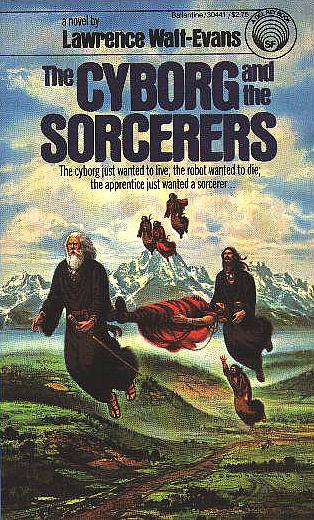 I wrote the original version of this in ten weeks in 1976, but it didn't sell until I completely rewrote it.