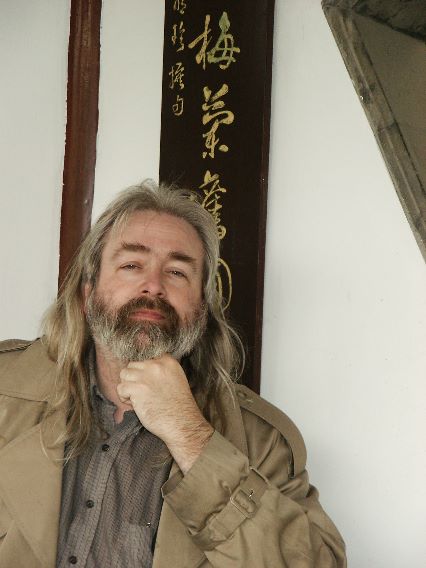 Lawrence Watt Evans, who works under the pen names Lawrence Watt-Evans and Nathan Archer, among others, was born in Massachusetts in 1954, and grew up as one of six kids in a big old Victorian house rumored to be haunted. Both parents were science fiction readers, so he grew up reading the stuff, and decided at the age of seven or eight that he wanted to write it. He taught himself to read from a comic book at the age of five and later decided he wanted to write those, too; the ''haunted'' house may be why he eventually took up horror.

And when he discovered fantasy he wanted to write that, too.

Unlike most people who decide to be writers, he actually pulled it off, selling his first novel, The Lure of the Basilisk, at the age of twenty-four. He has been a full-time writer ever since.

He's now the author of about fifty novels, well over one hundred short stories, over one hundred and fifty published articles, a couple of volumes of non-fiction, and a few comic books, as well as the editor of one published anthology. Most of his writing has been in the fields of science fiction, fantasy, horror, and comic books. He has been a full-time writer and editor for more than forty years, and is still working. For his website discussing his work, his family, and various other matters, please see the rest of the Misenchanted Page.

He was an Active member of Science Fiction and Fantasy Writers of America from 1982 to 2006, and has served as Eastern Regional Director and treasurer. He was nominated for the 1987 Nebula Award for short story.

He received the World Science Fiction Society's Hugo award for best short story in 1988, for "Why I Left Harry's All-Night Hamburgers."

He served as president of the Horror Writers Association from 1994 to 1996 and after leaving that office was the recipient of HWA's first service award ever. He gained considerable experience in administrative work in HWA, but does not intend to do anything similar in the future unless adequately paid.

He is part-owner of Beyond Comics, a small chain of comic book shops.

He has also worked as a professional researcher, and would be pleased to repeat the experience. He has taught at various writing workshops, and has been an instructor at Viable Paradise on Martha's Vineyard, and at the Writer's Center in Bethesda, Maryland.

As a writer he is represented professionally by the Scovil Galen Ghosh Literary Agency, 276 Fifth Avenue, Suite 708, New York, NY 10001. Inquiries on non-professional or non-writing matters may be made by e-mail to misenchantedpress@gmail.com. References and reviews are available upon request.

He is also sole proprietor of a small publishing company, Misenchanted Press.

The Misenchanted Page is entirely his own work. He has also done web design for the Horror Writers Association and for Beyond Comics, Inc., though the HWA and Beyond Comics pages are now maintained by other people, and none of his original material remains.