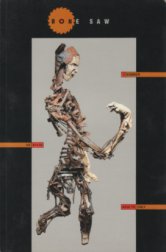 I had this idea involving a time traveler preventing John Kennedy's assassination. I started writing it, got enough done to set up the premise, and realized that was all I needed. The story was done at a mere 160 words.

Selling it was another matter. At the time I was represented by the Scott Meredith Literary Agency, and their policy was that they represented everything their clients wrote, no matter how short or trivial or outside their usual field. (Most agents don't do this.) So I sent "Tomorrow Never Knows" to my agent.

He hated it so much he refused to send it out to market; turns out he's a big fan of JFK, and really, really disliked what I did with him in the story.

, and I figured it couldn't hurt, so I sent them "Tomorrow Never Knows" and they bought it. Did a nice illustration for it, too.

, where you can read it if you're so inclined.