In the Empire of Shadow is the second volume of the Worlds of Shadow trilogy, a story of people from our world caught up in the conflict between two other universes -- the Galactic Empire, in a universe where the laws of physics resemble those of 1930s pulp SF, and the Realm of Shadow, a reality where magic works.

In this second volume, Pel Brown and company are sent into Shadow's world to confront the mysterious being that rules there. All they really want is to go home -- but the route home lies through Shadow's fortress.

In the Empire of Shadow

How I came to write this novel is on the page about the Worlds of Shadow series as a whole; the series was always considered a single story split into three volumes.

This volume in particular, though, was intended to take lots of fantasy clichés and deal with them in a more realistic manner than the standard fantasy novel. (I do not except my own work.)

Long journeys on foot, medieval villages, dark lords, all of that I tried to re-imagine. 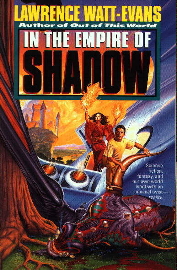 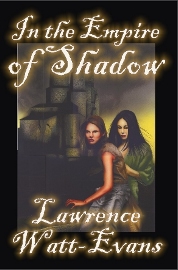 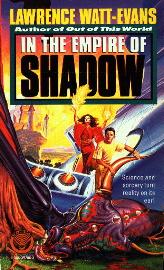