Ruth wore a wedding dress of her own creation, loosely modeled on an 1890s-vintage drawing by Charles Dana Gibson, and using lace insets from, of all things, an antique tablecloth. The other members of the wedding party also dressed more or less in the styles of the 1890s.

Ruth's elder son, Evan McKinney, served as best man, and Ruth's daughter Gayle as maid of honor. There were no other attendants; the youngest child, James, preferred to be just a spectator, though all three children were called upon in the course of the service to give their consent to their mother's new marriage.

The ceremony was brief, but included readings from The Velveteen Rabbit on the subject of love, and from a sermon the bride's father gave in the same church in 1972 on the subject of honor. Attendance was limited to family and a few friends -- but it was the first time that all Ruth's five nieces and nephews were ever gathered together. You wouldn't think it'd be that hard to collect a mere eight cousins in one place, but apparently it is.

It was a small but happy wedding, and the entire family wishes Ruth and Charles the very best. 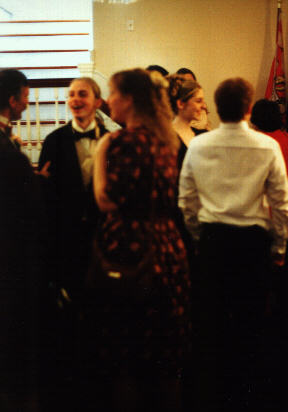 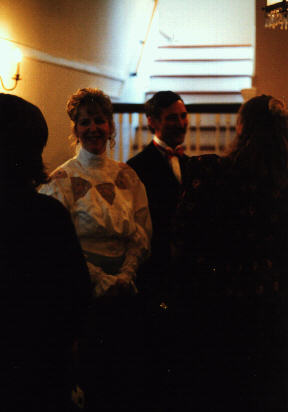 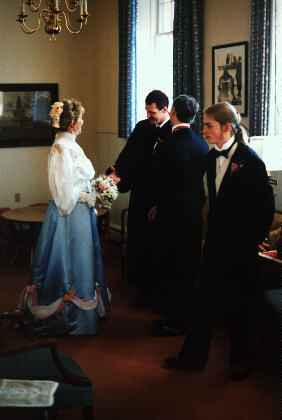 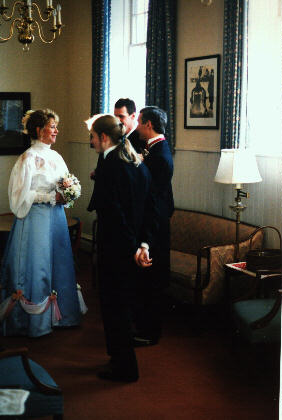 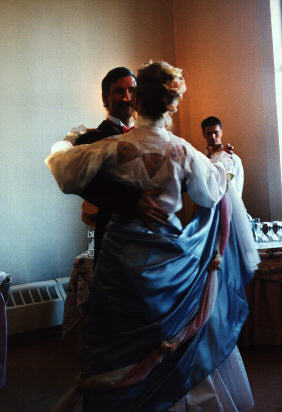 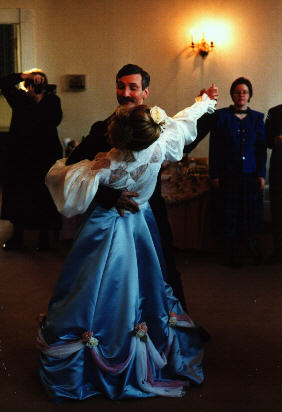 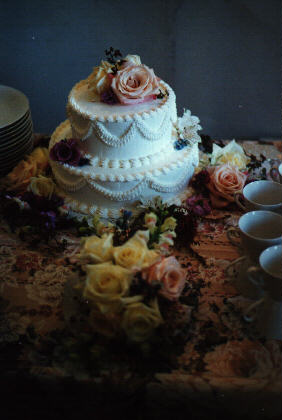 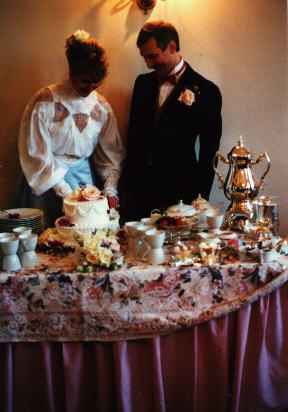 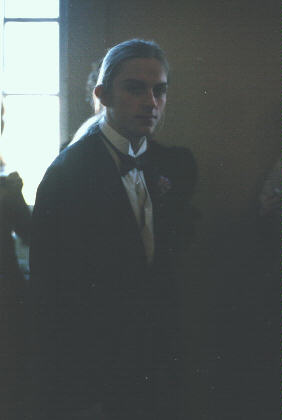 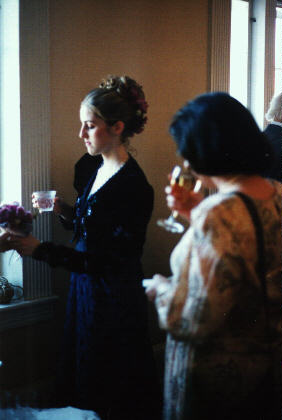 Gayle as maid of honor 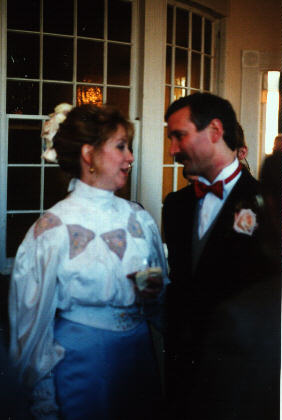