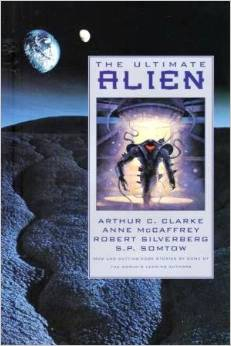 If you've read many of these pages about my short story writing, you'll have noticed I get a lot of anthology invitations. This has been true ever since I won a short-story Hugo -- not really a big surprise, that.

Anyway, if they look interesting, or pay well, or come from a friend, I'll give them serious consideration. Sometimes I can't come up with a suitable idea, though, or don't have time, or... whatever. And sometimes I just don't want to.

In 1994 I got an invitation for an anthology I will not name -- though I'm probably being over-cautious. I don't know whether it ever actually got published, but if it did I don't want to cause the people involved any trouble.

I didn't know the editor; don't remember his name. The pay-rate was not very tempting. The premise had potential, though, and the guidelines -- well.

It was to be an anthology of stories about things that are not what they appear to be, which isn't a bad idea. The guidelines spelled out a few things to avoid, though. The editor did not want stories where someone picks up a stranger in a bar, and the stranger turns out to be a serial killer, vampire, werewolf, alien, elf, or Elvis.

However, what he actually wrote in the guidelines was that he didn't want stories where the stranger turns out to be a serial killer, vampire, werewolf, alien, elf, and Elvis.

I took that as a challenge.

Once I had actually written "The Pick-Up," though, I looked at what the anthology was paying, and sent the story to The Ultimate Alien