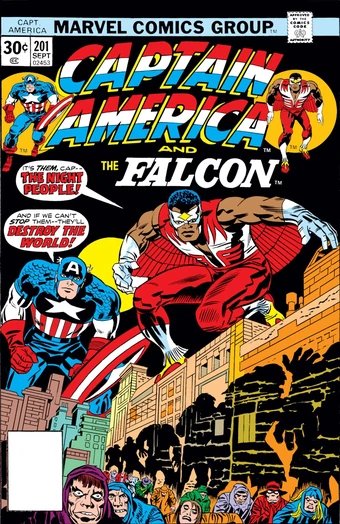 Back in 1976 I came across a copy of Captain America #201, written and pencilled by Jack Kirby, which introduced Marvel readers to the Night People of Zero Street.

I loved that name.

I did not, however, care very much for the story, even though I was a fan of both Captain America and Jack Kirby, and Kirby's "Night People" weren't anything very special, in my opinion. So I started mulling over who the Night People should be.

And I came up with my own idea, one that had no connection with Kirby's except that they were both called "the Night People." 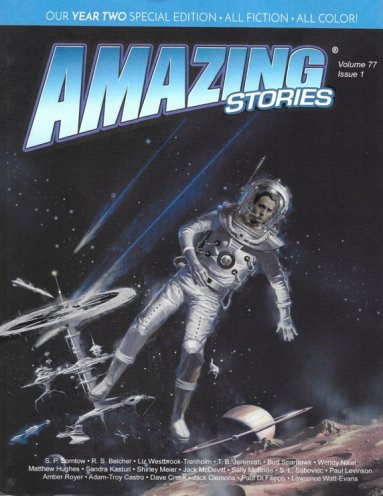 Now, usually, when I come up with what I consider a nifty premise for a short story, starting the story is easy; it's coming up with an ending that gives me trouble. In the case of "The Night People," though, I knew right from the start how it was going to end. The last line of dialogue, which has survived unchanged for thirty or forty years, was actually the first thing I wrote.

But I didn't know how to get there.

I had a pretty good idea how to start the story, and I had the ending, and I knew a few details that I wanted to put in between (though most of those eventually dropped out of the story), but I didn't see how to connect it all. So I put the story aside. For decades.

And then in December of 2018 the fine folks at the revived Amazing Stories suggested I send them a story for their first-anniversary issue. I wanted to oblige, but I didn't have anything on hand that felt appropriate.

Then, suddenly and inexplicably, I decided "The Night People," which I had not looked at in years, would do nicely. I hauled it out and finished it, stripping away unnecessary complications and connecting the opening and the ending in a line so straight it had never occurred to me before.

And there it was, and Amazing bought it.