From 2003 through 2007 I wrote occasionally for BenBella Books' "Smart Pop" series -- books of essays about various aspects of pop culture.

These were a lot of fun, and the pay wasn't bad. I keep telling myself I'd do better to concentrate on fiction, but when someone offers me money to write about Buffy or Star Trek, how can I resist?

Eventually, though, they ran out of topics that interested me, and I told them to stop inviting me, at least for now.

So here are the ones I wrote for during that five-year period, with the title of my essays for each. Click on the appropriate image if you'd like to buy one...

"Matchmaking on the Hellmouth"

"The Heirs of Sawney Beane"

"A Consideration of Certain Aspects of Vogon Poetry" "Just Who Were Those Martians, Anyway?"

"On the Origins of Evil"

"Why Dumbledore Had to Die"

"Chinks in the Armor"

An anthology about Wonder Woman was planned, but never published. I wrote an essay for it entitled "Diana Who?" that has only appeared in Mind Candy (see right-hand column)

Want to read these essays without buying all the separate books? Here you go!

Mind Candy is a collection of all fifteen of the essays I wrote for the Smart Pop series, along with eight other pieces from various sources. I asked BenBella if they would be interested in publishing it, and they said no, so it went to Wildside Press and was published in 2013. 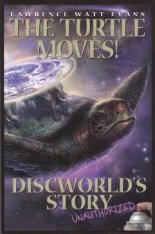 In addition to the Smart Pop anthology essays, I wrote The Turtle Moves, an entire book on Terry Pratchett's Discworld, for the Smart Pop series.