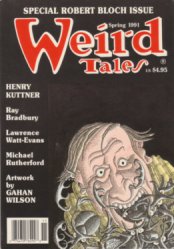 You know something? I don't actually remember what prompted me to write this story, or how I came to sell it to Weird Tales. It appeared in WT #300, the Spring 1991 issue. It's a fairly generic horror story about the boogeyman.

It was reprinted in 100 Fiendish Little Frightmares. They had a lot of pages to fill. 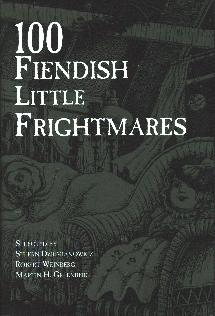 I have a vague recollection... no, I'm not sure. I don't know why I wrote it. I don't know why Weird Tales bought it, either, let alone included it in their anniversary issue. Maybe we just wanted a boogeyman story; there aren't all that many of them around, really. Werewolves and vampires and witches, sure, but the boogeyman? Not so much.

Though it could perhaps be argued that the boogeyman isn't the real monster here.

"Playing for Keeps" is also included in my collection, Hazmat & Other Toxic Stories.