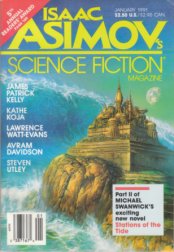 "One-Shot" is actually a collaboration, but my collaborator wouldn't let me put his name on it. Now that he's been dead for over decade, I think I can discuss that here.

I was corresponding with Laurence M. Janifer about his story in Newer York, and mentioned in passing that I'd written an extremely short story called "Tomorrow Never Knows" that my agent, an admirer of John F. Kennedy, hated. Larry asked to see it, and since it's really short I included it in my next letter.

He said he could see its virtues, but also why Russ hated it, and made some suggestions. I incorporated them and sent him the new version. He sent it back with more notes and suggestions. 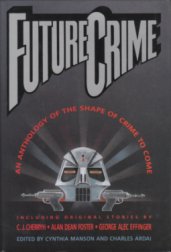 This went on for about half a dozen revisions, by which point it wasn't at all the same story I'd started with; the actual words were mine, but it followed his outline, and the only remaining features of the original were that it was a short-short about a time traveler trying to save Kennedy.

When we were both happy with it, I sent it out to market -- but Larry refused to have his name on it, saying that it was his policy not to allow his name on anything where he hadn't written the final draft. I offered to let him write a final draft, but he declined, saying that was stupid -- the story was finished.

So it went out under just my name, and sold to Asimov's, where it appeared in the January 1991 issue. It's been reprinted in Futurecrime, edited by Cynthia Manson & Charles Ardai, and in my collection Crosstime Traffic.