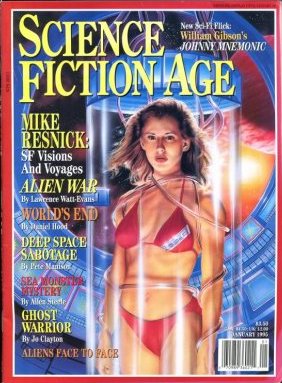 Not much to say about this one. I had an idea for a story, I wrote it, Science Fiction Age bought it. It's about propaganda, and may have been inspired by something the Roman emperor Caligula is alleged to have said: "Oderint dum metuant," i.e., "Let them hate me, so long as they fear me."

It appeared in the January 1995 issue, and has not been reprinted, so far as I can recall.