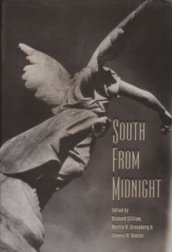 I lived in Kentucky for nine years, from 1977 to 1986, and for the last couple of those years I was living on thirty acres up in the hills. Kentucky can be an absolutely beautiful place, and there are plenty of good people there, but every so often I would encounter a person or event that lived up to the worst stereotypes about Appalachia.

Parts of "Dead Babies" are based on real people and events -- one of our neighbors lost a baby, apparently due in large part to the incompetence of an old country doctor.

As for how the story came about, I got a call from editor Richard Gilliam, inviting me to contribute a story to an anthology of Southern Gothic stories. I have a vague recollection that this was to be a benefit volume for the 1994 World Fantasy Convention in New Orleans, but I've forgotten all the details. (I took office as president of HWA at that WFC, so I was pretty distracted.)

Not being a southerner, I'd never written anything that really qualified as Southern Gothic up to that point, but I was happy to give it a try. I thought back to my years in Kentucky, and remembered the sad tale of our neighbor's baby. I used that as my starting point, but then went way over the top in turning an ordinary tragedy into a gothic horror story. Which worked just fine, and Richard bought it. 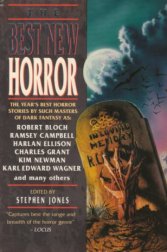 And here's a tangent: I started reading comic books in 1959. I started collecting them fairly seriously in 1974. In 1978 I started collecting E.C. horror comics from the early 1950s -- E.C. got out of the comics business when I was still in diapers, so I'd never seen these as a kid, and I was fascinated by them. They were so bizarre, with their weird mix of horror and humor, and so appalling in their gore, that I'd never seen anything like them. I went on to collect a complete set, to write articles about them, and even to correspond very briefly (two letters each way) with E.C.'s publisher, William Gaines. I noticed that Stephen King credited E.C. with being one of his major inspirations, as did dozens of lesser lights in the horror and comics fields. The movie "Creepshow" was clearly an attempt to bring E.C. to the big screen, and of course "Tales from the Crypt," E.C.'s flagship title, has been adapted to various media.

So for years, I wanted to write an E.C.-style horror story, to acknowledge my admiration for this tradition, but I could never quite manage it.

But then, in 1995, I was looking at the finished anthology, entitled South from Midnight, and rereading "Dead Babies," and I realized that I had written an E.C.-type horror story, complete with over-the-top shock ending. I'd been aiming at Southern Gothic, and maybe I managed it, but I definitely nailed that horror comic plot. I mean, I can just see that final scene as it might be drawn by Graham "Ghastly" Ingels...